The Impact of Selfies on Aesthetics

New data from the American Academy of Facial Plastic and Reconstructive Surgery (AAFPRS) has suggested that selfies are having a huge impact on cosmetic surgery and people’s ‘ideal’ aesthetic.

There has been a dramatic rise in patients going to plastic surgeons asking to look better in their selfies, a rise in 42% from 2016 to 2017.

According to the president of the AAFPRS, showing off your newest cosmetic procedures on social media has now become a serious trend, as well as posting your filter-enhanced selfie. 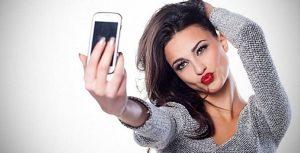 Procedures performed by AAFPRS members have more than doubled since 2012, however, four fifths of those carried out in 2017 were non-surgical; BOTOX, for example.

The younger generation who are more active on social media are more likely to be taking control of the ageing process. High tech skincare is prevalent on platforms such as Instagram, this could be making Millennials take charge of the ageing process early. The enhanced photographs of celebrities and influencers may also be having an impact, giving the younger generation a false ‘ideal’ they are always striving to achieve.

END_OF_DOCUMENT_TOKEN_TO_BE_REPLACED

END_OF_DOCUMENT_TOKEN_TO_BE_REPLACED
Manage Cookie Consent
To provide the best experiences, we use technologies like cookies to store and/or access device information. Consenting to these technologies will allow us to process data such as browsing behaviour or unique IDs on this site. Not consenting or withdrawing consent, may adversely affect certain features and functions.
Manage options Manage services Manage vendors Read more about these purposes
View preferences
{title} {title} {title}