Growing and grooming of a beard is a habit that has spanned generations and is still seen as a manly thing to do. However, in the recent past,  the removal of body hair is a trend that has been on the rise. According to a recent report, men’s hair removal by laser, accounts for about 46% of male Britons today.  This is an increase of about 10% from the figure of 36% recorded 2 years ago.

When we consider the specific age brackets, there are more young men aged between 16 to 24 years who are removing body hair compared to 2016. The current statistics stand at 57% when compared to the 2016 figure of 40%. The removal of chest hair has also been on the rise with twice as many men opting for this trend in 2018 compared to two years ago. 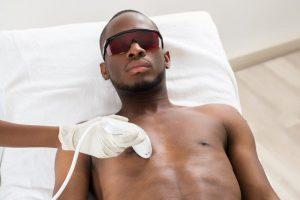 What Sparked the Rise of Hair Removal Among Men

When we look at what might have spiked this trend of hair removal, we consider the several factors that drive people towards a certain trend. In that respect, the researchers found that this trend was driven by the Love Island effect. Love Island is a TV reality show. The show is acted by couples who are believed to be competing for a cash prize in a sun-splashed villa. Since the airing of this show, men have been more inclined towards a spornosexual appearance.

Spornosexual is charactized as an athletic body appearance, often with little or no body hair. While a number of factors could still have contributed to the changing opinion about body hair, TV shows undoubtedly play a significant role because people are easily influenced by celebrity trends. In fact, men are more spurred by the trending Love Island than women with 29% of men preferring to remove hair more often in a year as compared to 34% of women who prefer less frequent hair removal.

This trend has spurred some sort of a debate with one in two men arguing that it is not fair that only women should be expected to have hair-free bodies. 19% of men actually argue for men to also get rid of their body hair as well.

Majority have stuck to shaving off body hair using a simple razor. Regardless, it is expected that the rising trend in hair removal will skyrocket the sales in the body care products at the end of the year.

Historically fashion and the way our body looks tends to go round in cycles. Back in the 1970’s for example it was common to grow moustaches whereas now , to a majority of people, tend to look out of place. Facial hair and stuble is common place and excepted even in the board room. However the continual shaving of body hair is now being replaced. Men’s hair removal using laser is now the talk of the town and no longer taboo.  Actually, in the United States, laser hair removal is the leading cosmetic procedure when it comes to getting rid of unwanted hair on your body. 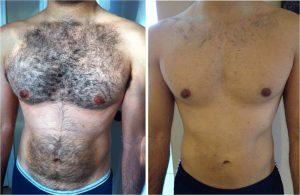 What is Being Shaved?

When BeauSynergy were asked which were the most popular areas for men’s hair removal using laser, it would seem like the removal of hair on the neck and back was sought after the most. This was followed by treatment for chest hair, then arms, underarm, feet and lastly facial hair.

Why Laser for Men’s hair Removal?

It is desirable to use laser for the removal of unwanted hair from the leg, face, arms and under arm among other places. There are many benefits of using this hair removal procedure and below are some of the benefits.

Should you have a query or would like the best hair removal procedure, don’t hesitate to reach out to BeauSynergy skin and beauty clinic. They now have probably the  most advanced, painless and quick laser hair removal in the UK.

END_OF_DOCUMENT_TOKEN_TO_BE_REPLACED

END_OF_DOCUMENT_TOKEN_TO_BE_REPLACED
Manage Cookie Consent
To provide the best experiences, we use technologies like cookies to store and/or access device information. Consenting to these technologies will allow us to process data such as browsing behaviour or unique IDs on this site. Not consenting or withdrawing consent, may adversely affect certain features and functions.
Manage options Manage services Manage vendors Read more about these purposes
View preferences
{title} {title} {title}