Love Island – Cosmetic Procedures Is On The Rise
29 September 2021

The Number Of People Wanting To Undergo Cosmetic Procedures Is On The Rise.

Recent studies conducted by market analyst ‘Mintel’, have shown nearly one third of adults would be willing to undergo a surgical Cosmetic Procedures in the future.

Surprisingly, a quarter of men expressed interest in undergoing surgery. Men between the ages of 18 and 34 were the most interested; 39% of them saying that they would. 37% of women and just over half of 18 and 34 year olds said they would undergo cosmetic surgery. Women were considering liposuction, face-lifts, breast augmentation, tummy tucks and eyelid lifts, whereas men were interested in hair transplants. 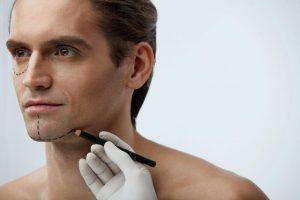 Nearly half of the British public surveyed said also they would consider non-surgical cosmetic procedures; with Permanent Laser / IPL Hair Removal for men and women, Fat Loss and bespoke Skin Treatments proving to be the most popular – treatments that are very popular at the best skin clinics such as BeauSynergy in Hertfordshire near north London.

Women are said to have a higher concern regarding self-image than men, so the high level of interest women give to cosmetic procedures isn’t surprising. 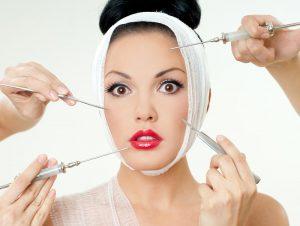 Celebrities and online influencers are now more likely to share details of the different procedures they have had done, including breast augmentation, Lipoplasty and laser hair removal to name a few. This has started to normalise ‘going under the knife’ and so people are no longer seeing cosmetic surgery as a taboo subject. BeauSynergy firmly believe that for certain changes to your skin and body, there are alternatives with non-surgical procedures such as theirs. A thorough skin consultation and analysis will be enough to provide rational options for treatment at a lower cost, less discomfort and far less recovery / downtime.

The recent ‘Love Island’ craze, shows that people in the public eye are not being seen differently by society for having undergone Cosmetic Procedures, both surgical and non-surgical. Overall, with the prevalence of social media and the ‘ideal’ way to look, it’s not surprising the figures regarding people willing to have these procedures has risen.

END_OF_DOCUMENT_TOKEN_TO_BE_REPLACED

END_OF_DOCUMENT_TOKEN_TO_BE_REPLACED
Manage Cookie Consent
To provide the best experiences, we use technologies like cookies to store and/or access device information. Consenting to these technologies will allow us to process data such as browsing behaviour or unique IDs on this site. Not consenting or withdrawing consent, may adversely affect certain features and functions.
Manage options Manage services Manage vendors Read more about these purposes
View preferences
{title} {title} {title}