Everything You Should Know About Microblading
29 September 2021

Now available with high discounts at BeauSynergy, we thought it would be a good time to discuss not only “What is Microblading” but also to answer many of the questions often raised about this beauty treatment.

Microblading is a type of eyebrow architecture to create the best shape for your face. Your brows can really define your facial features and structure and bring out the beauty in your eyes. 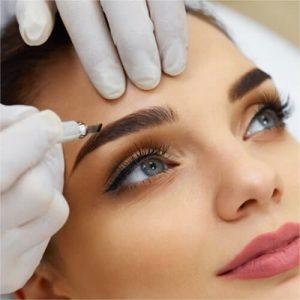 What is the process of the Microblading treatment?

After a consultation and a possible patch test, the clinic will undertake the process which is a very precise process. The tool that is used which is effectively like a pen with the nib like sloped nano blade. This blade has  10-12 little needles at the end.  These needles don’t penetrate the skin but just delicately scratch the surface, much like a paper cut. The needle very finely implants featherweight strokes with a medical grade pigment on the epidermis layer for the skin, creating fine, realistic and natural hair strokes.

It is often said that Microblading is permanent but in fact it will only last in its best form for around one to 2 years.  The amount of time can vary based on your skin type and its ability to keep or lose the pigment.  Also the better pigment that is used will help the effect last longeras will the depth of the ink inserted into the skin.

Does Microblading fade after first session?

Up to 10 days following your treatment, your brows will appear significantly darker and defined than perhaps your desired look. It may continue to get darker over the next few days as scabs begin to form. After this time the brows settle down to your desired look

Which is better Microblading or tattooing eyebrows?

Eyebrow tattooing uses a machine, with tattoo ink that has more trauma to the skin. Our highly skilled technicians use specialised Miroblading pigment that allow very fine lines to not “bleed out” over time. This means the eyebrows look great for longer.

Is Microblading more painful than a tattoo?

Microblading is less painful than getting a tattoo but you will feel slightly more discomfortthan plucking out your eyebrows or getting a wax.

Can Microblading be reversed?

As the finished brows are not formed as a tattoo, they are not permanent for many many years. It is possible to reverse your brow treatment and correct issues you have become not happy with. Saline solutions help as well as using laser tattoo removal which is performed at BeauSynergy in Hertfordshire.

I have tattooed eyebrows, is it ok to have the treatment?

If you have dark tattooed eyebrows then the hairstrokes will not show up. If there is too much pigment density or if the ink is placed too deeply, our eyebrow technicians will not be able to create beautiful, natural eyebrows

When can I put makeup on after Microblading?

After your treatment has been performed, we would recommend that you wait two weeksbefore applying makeup to the area.

What age can you get Microblading?

Microblading can not be performed under 18 years of ages or on pregnant and breast feeding mothers.

Does it ruin your natural eyebrows?

People with naturally sparse brows can have trouble creating a brow look with gel, powders, or other makeup. These applications could melt off the face during exercise or wear and therefore look less than natural. However microblading can last though any type of activity.
We feel we have covered most of the questions about Microblading but here is a list of important aspects to bear in mind after your Microblading treatment at the BeauSynergy Clinicin Hertfordshire
If there is anything else we can help you wish then please do contact us on 01707 662477 or book an appointment here https://www.beausynergy.co.uk/beauty-treatments/microblading-in-hertfordshrie/

END_OF_DOCUMENT_TOKEN_TO_BE_REPLACED

END_OF_DOCUMENT_TOKEN_TO_BE_REPLACED
Manage Cookie Consent
To provide the best experiences, we use technologies like cookies to store and/or access device information. Consenting to these technologies will allow us to process data such as browsing behaviour or unique IDs on this site. Not consenting or withdrawing consent, may adversely affect certain features and functions.
Manage options Manage services Manage vendors Read more about these purposes
View preferences
{title} {title} {title}