Botox Is Dangerous – And Other Myths
29 September 2021

We are living in a time where Botox treatments are becoming popular by day among all ages and gender. Because of this, there has been an increase in ideas and thoughts about Botox and its cosmetic uses. Most notably, not everyone is really excited about this revolutionary cosmetic treatment. This is due to the inability differentiate between myths and facts.

Well, in order to debunk all the myths about Botox it would be desirable to state what Botox is all about clearly. Botox is a medicinal neurotoxin that is used to cause muscle relaxation in the desired regions. Professional doctors use Botox to enhance the cosmetic appearance of a person by helping to get rid of ageing facial lines and wrinkles. Besides that, Botox contains a medicinal value which aids in treating certain symptoms and health conditions. 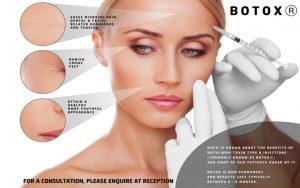 The following are common myths you might or might not have heard about Botox and the truth behind them.

For some time now people have been considering Botox as a new form of prescription. Botulinum toxin which is used in Botox treatment was discovered as a therapeutic prescription in the late 19th Century. It was at this time when research showed that it could also be used to block neuromuscular transmission.

The false statement that Botox is a 21st Century treatment is guided by the fact that not many people have been able to afford this kind of cosmetic treatment for a long time now. But thanks to technological advancements which facilitate quick and efficient Botox procedures, the treatment has been made accessible to anyone who wishes to get a cosmetic enhancement.

You only say Botox is dangerous if you don’t know the science behind it. Throughout the world, Botox has received approval by various health authorities. For instance, in 1989, the Food and Drug Authority(FDA) approved the use of Botox treatment for certain medical conditions. Henceforth, millions of people all over the world have been treated using Botox injections safely and effectively.

Botox is simply a natural protein that is produced by the botulinum bacteria. Botox injections and procedures conducted by a qualified and experienced doctor will always be safe and effective. However, it should be well understood that any medication when improperly administered can be a danger to a person’s health.

It is a myth that Botox is specifically used in the cosmetic industry. The fact is that as early as 1980, Dr. Alan Scott administered the first official Botox treatment to a crossed eye patient. Besides that, the botulinum toxin has been used in other non-cosmetic treatment such as treating asthma, achalasia, muscle pain disorders and as a sweating inhibitor. At Botox in Herts BeauSynergy has also been recently used to treat migraines, hyperhidrosis and scar improvement. In addition, some advanced Botox in Herts clinics offer treatments that give treatments for upper limb spasticity, overactive bladder, and cervical dystonia. 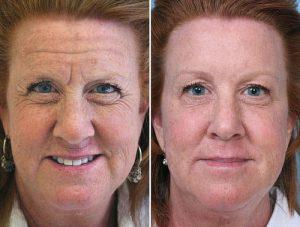 This false notion is combined with the false belief that Botox treatment causes the facial muscles to freeze. Well, nothing can be further from the truth. The truth is that when Botox is injected into your muscles, it causes the muscles to relax gradually by blocking the nerve impulses. The injection thus reduces the activity of facial muscles which is responsible for wrinkles and facial lines. In prospect, a Botox injection will only limit the muscle activity without causing any damage or paralysis to the muscles around the injected area, and this is why many people are continually using Botox.

About making expressions on your face, there is absolutely no fact that supports the claim that a Botox injection will prevent you from doing that. You can receive naturally looking Botox injections and still be able to make normal facial expressions.

If you are of the opinion that surgery can be better than Botox, then there is a string of assumptions you must have made along the way. First and foremost, you are must consider the costs which are always the first point of comparison. Considering this, we can all agree that Botox cosmetic injections are way cheaper than cosmetic surgery. The other reason as to why most folks prefer Botox is because it is much less intrusive than surgery. With a very short recovery time, changes after a Botox procedure can be noticed within very few days while a surgical procedure has a long recovery time and the positive changes can take time to be noticeable.

With all myths thrown in the bin you can now look to Botox in Herts as your best bet to regain the youthful appearance on your face. If you ever feel like your confidence needs a boost, contact us at BeauSynergy, Hertfordshire Skin Care and Beauty Clinic, and we will give you the best Botox cosmetic treatment for your skin to revitalize your facial appearance.

END_OF_DOCUMENT_TOKEN_TO_BE_REPLACED

END_OF_DOCUMENT_TOKEN_TO_BE_REPLACED
Manage Cookie Consent
To provide the best experiences, we use technologies like cookies to store and/or access device information. Consenting to these technologies will allow us to process data such as browsing behaviour or unique IDs on this site. Not consenting or withdrawing consent, may adversely affect certain features and functions.
Manage options Manage services Manage vendors Read more about these purposes
View preferences
{title} {title} {title}